SEATTLE, Jan. 18, 2018 /PRNewswire/ -- Alaska Airlines and fashion designer Luly Yang debuted a modern, West Coast-inspired, custom-designed uniform collection today. At a fashion show this afternoon inside Alaska's Sea-Tac hangar, employee models walked the runway, showcasing over 90 garments and accessories to thousands of employees. The design, which has been more than two years in the making, will clad 19,000 Alaska, Virgin America and Horizon Air uniformed employees starting in late 2019. 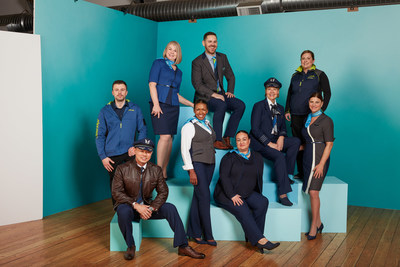 Echoing Woerner's remarks was Justin Fitzgerald, a flight attendant who worked for Virgin America and now Alaska Airlines. "The Virgin America uniform has been such a sleek and modern look that I thought it would be so hard to top," he said. "Seeing Luly's designs brought to life has been super exciting! Ms. Yang has taken a lot of our input and has created a very cool, classic yet modern, West Coast vibe!"

The uniforms make their official debut next week, with 130 employee wear testers – flight attendants, pilots, customer service agents and lounge employees – putting the uniforms through their paces for the next 60 days.

West Coast modern design
Yang opened her first studio boutique in downtown Seattle in 2000. Today, she is an internationally known designer headquartered in Seattle, whose portfolio has expanded to include red carpet couture gowns, bridal collections, cocktail attire, bespoke menswear and hotel uniforms. Yang's Luly Label ready to wear, cashmere knits and leather accessories are available online and in her showroom for the general public. She is known for her timeless design solutions and signature fit, cultivated over years of experience. Her past career as an architectural graphic designer inspired her mantra of the perfect marriage between "Form and Function."

On the blog: See Luly's design sketches come to life.

Over two years in the making
Alaska began the project by surveying thousands of uniformed employees; following up with focus groups and work site visits to understand the features different workgroups wanted to see in their new uniforms. Overwhelmingly, the top requests from employees were more pockets and designs that look great on all body shapes and sizes, as well as performance over a range of climates. The collection is designed to be layered so that employees can self-regulate comfort while working in the freezing temperatures of Barrow, Alaska, to the balmier weather of Mexico.

Using this research and information she gathered from face-to-face interactions with employees across the system, Yang spent two years designing and creating a signature silhouette for the Alaska program. Her focus on fit and function enabled additional touches including water resistant materials, active wear fabrics, longer shirt tails that don't untuck from skirts and trousers, and flexible textiles that move with the body.

"Working on the Alaska Airlines custom uniform program has been one of the most complex and rewarding challenges of my career," said Yang. "With 45 sizes per style and 13 very distinct work groups, this was the ultimate puzzle to solve. My hope is that employees feel that they were heard throughout this process, love the collection and wear their uniforms with pride."

Seeking high quality and transparency in the manufacturing of their uniforms, Alaska selected  uniform supplier Unisync Group Limited of Toronto. An industry leader, Unisync is one of the largest  uniform suppliers in North America.

"Unisync is thrilled to be the selected partner of Alaska. We're looking forward to contributing our experience and expertise and providing the best program possible for Alaska's 19,000 employees," said Michael Smith, Unisync's senior vice president of service and supply chain.

Alaska adopts industry-leading safety standards
Before the designs, before the first stitch, and before the first button sewn, Alaska took steps to ensure that employee uniforms were safe and high in quality.

Alaska Airlines, in partnership with Unisync and OEKO-TEX, will ensure that every custom uniform garment receives STANDARD 100 by OEKO-TEX® certification. This standard was developed in 1992 by the International OEKO-TEX Association, a consortium of 15 textile research and testing institutions in Europe and Japan with offices in more than 60 countries. OEKO-TEX STANDARD 100 is one of the most progressive textile standards in the world and is known for ensuring that textiles are free of potentially harmful substances and allergens. This standard is used by retailers, including Pottery Barn, Calvin Klein, Under Armour and children's-wear company Hanna Andersson.

"We have the trifecta of excellence in our uniform partners," said Ann Ardizzone, vice president strategic sourcing and supply chain for Alaska Airlines. "We knew that the unique combination of Luly's vision, in partnership with the discipline and depth of Unisync and OEKO-TEX, would yield great things. By building safety into the sourcing of materials and applying that standard throughout the process, we're able to deliver a uniform that not only looks beautiful, but is safe for our employees."

STANDARD 100 by OEKO-TEX® ensures that substances used in textile production of a garment meet or exceed global safety standards; it also requires suppliers gain certification to produce each garment component, down to the color, material, thread and dyes.

"Achieving STANDARD 100 by OEKO-TEX® certification requires a rigorous commitment to safety and supply chain excellence; it's a long-term investment in the future of this program," said Ben Mead, representative of OEKO-TEX. "In order to become certified, every single component from the buttons to the thread in every single garment has to be tested at the supplier source─it's truly a foundational program. We've conducted 1,200 safety tests to date and will continue through the entirety of the program."

Throughout this process, Alaska's leadership team has demonstrated a firm commitment to producing a high quality uniform that adheres to an industry leading safety program, the STANDARD 100 by OEKO-TEX®," said Michael Smith, Unisync's senior vice president of service and supply chain.  "Unisync is proud to be a part of helping Alaska achieve such a rigorous standard."

In total, Alaska's new custom uniforms will incorporate over 100,000 zippers, over 1 million buttons, over 500,000 yards of fabric and will use well over 30 million yards of thread in the final program.

On the blog: The evolution of West Coast modern – airline uniforms through the ages

Editor's note: Photos from the event will be shared using the hashtag #FlyFashion across Alaska Airlines social channels including Instagram, Facebook and Twitter. High resolution, broadcast quality b-roll, and photos will be available at blog.alaskaair.com by 8 p.m. Pacific time, Jan.18. 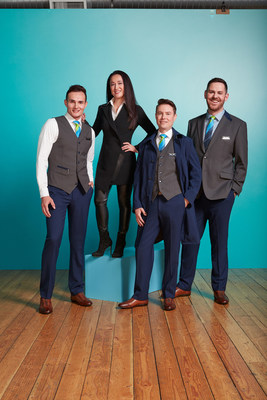 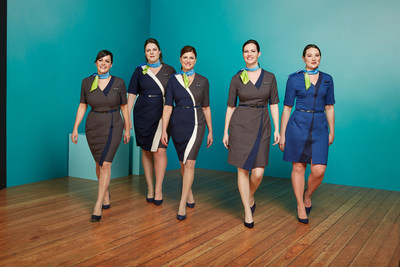 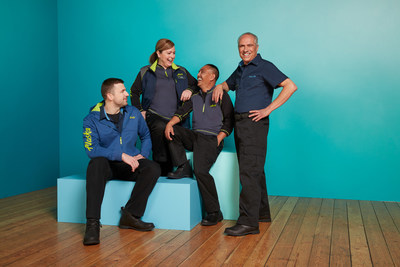 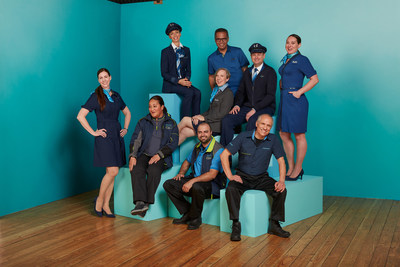